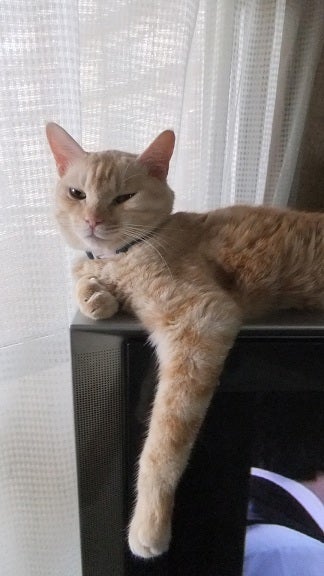 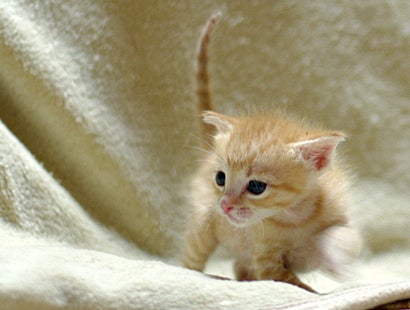 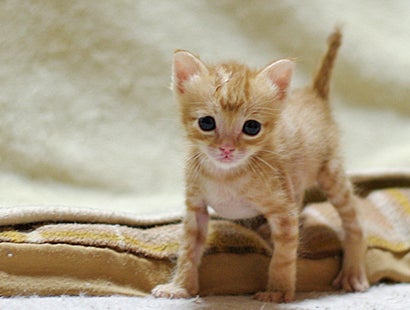 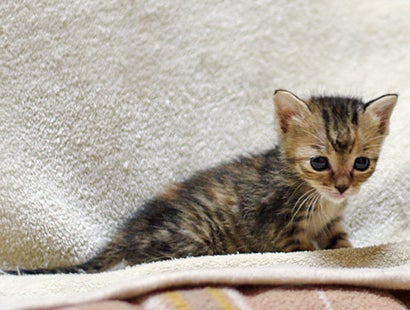 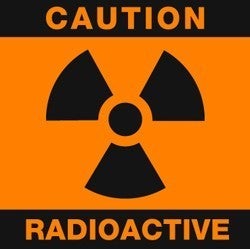 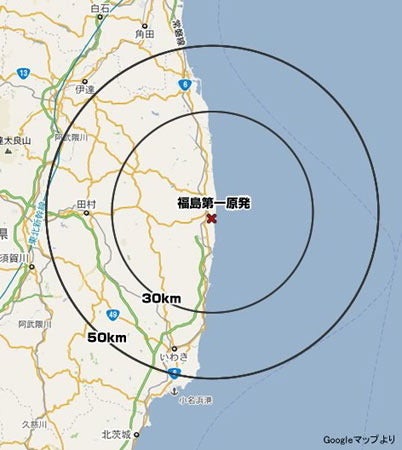 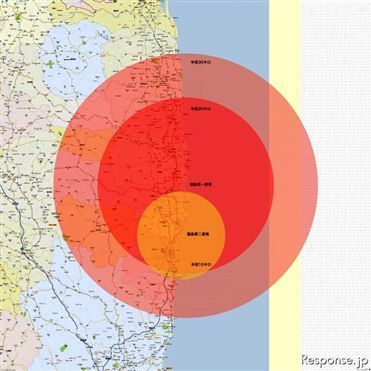 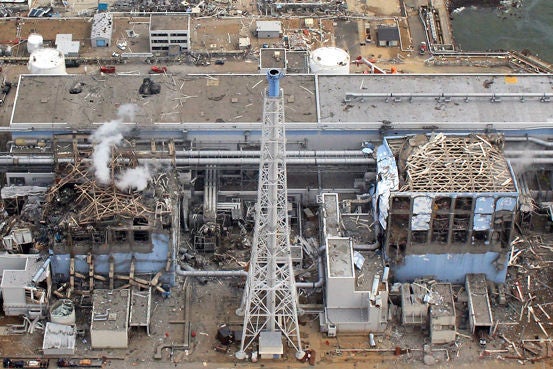 【Please help us spread the truth to the world】

This is an email from an animal rescuer who was there until the last moment before the evacuation area (20 Kilometer radius from the nuclear plants) officially closed up for public.


Animals in the 20 kilometer radius are in serious trouble.

And their owners are desperately asking for a help to save their beloved pets. 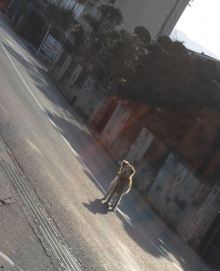 The voice of animals and their owners within 20 kilometer radius are not heard or ignored by the Japanese government and the media.


Some of animals in that area are still alive.

But there’s not a lot of time left.

Please raise your voice from outside of the Japan.
http://ameblo.jp/nyanzlovelove/

Below is email we’ve received...

I was in the area of Tomioka-city and Ookuma-city to rescue animals.

When the government officially closed evacuation area off, I was the last one to leave there.

Dog food we left there will be gone within 10 days. 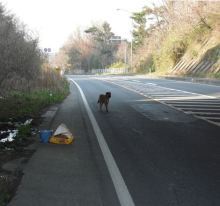 Animals who are left in these area are all timid so we’ll have to gain their trust and it will take time to catch them. Dog and cats has broken heart from this terrible ordeal so we will also have to heal their heart as we rescue them.


Cats will go through the natural selection of survival and the though one will be able to survive eating birds or insects. The weak one will die. Cats who are stuck inside of the house ate each other, there’s only head left and the rest is nothing but a bone. 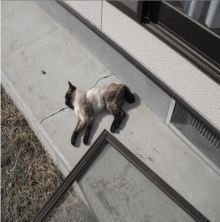 For dogs, they will also eat each other or becomes stray. For the weak ones, they will be eaten, and for dogs to hunt, they will form a pack, which will be like a wolves and that means Japanese government will terminate them. 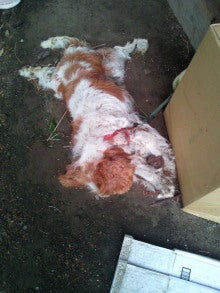 Health of the dogs who are already rescued has been declining. Many of them suffer injury and feeling ill.

Both dogs and cats are waiting for their beloved owners.

For farm animals, everyone of them will be killed because in Japan, Animal Rights is not yet established firmly as some the other countries.

I also visited pig farms, so many dead bodies... The strong ones dig the ground and eat roots of the plants, trying so hard to live. 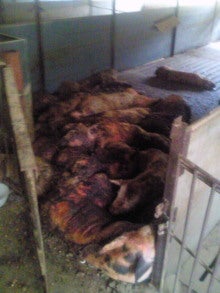 Cows that were let out of the shed is together with their family members, eating grass from the ground and somehow surviving but the cows that weren’t let out is already starved to death. 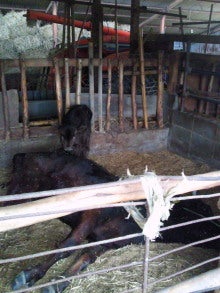 Japanese government has decided to capture all loose farm animals and bring them back to the shed. Will the government feed them? No, they won’t. They said they’ll help, but they will let the animals starve. If we let this happen and do nothing, they will die in the terrible way.

After the government closed off that 20 kilo area from the public, we really don’t know what they are going to do to animals behind the close doors. We are very afraid for them. 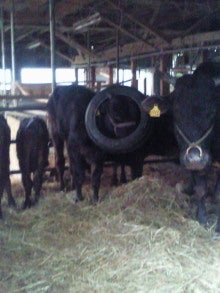 We have passed local news paper company on the way to my rescue activities. They know what’s really happening. But they won’t report the truth. I begged the local newspaper company, but there answer was “There’s nothing we can do.”


Japanese self-defense force said “We also have pets in our lives. We are concerned. If we only get a command from our commander...”

A young anti-riot police said in Fukushima was very concerned. He asked me “How are animals inside (of 20 kilometers) doing? Are cows still alive?” 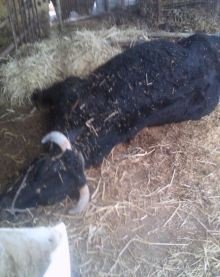 We were asked to rescue animals from the residents of Fukushima, and are in the danger zone with radiation trying to help. A young anti-riot police man also from Fukushima has said “Please do not go inside (within 20 kilo).” but we can see that his eye said “I’m sorry... I don’t want to say that.”

I’ve spoken a lot with residents of Fukushima. All say the same thing “They said we can come home in a day or two...” They just stop whatever they were doing and got out of their town. Left their car on the street or left their close hang dry out in the yard... as if the time had stopped completely.

We can only assume that there’s a lot of dead body laying around after Tsunami. Everything in that area has been untouched.


Saving animals in that area means saving the disaster victims’ heart. These people have to start a life all over again. We just want to bring their beloved pets back. 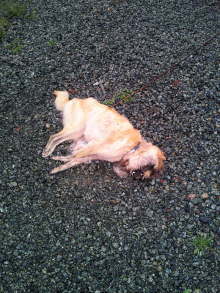 People in Fukushima has been nothing but a patient good citizen. I have never heard complain towards our government or Tokyo Electric Company (the company responsible for this nuclear plants). This is an act of nature, but it is also an act of human.

When I ask the disaster victims “Is there anything I can do for you?”, they always say “We are OK. Thank you very much for asking.”

People are moving out of evacuation center to other area of Japan to start a new life. People of Fukushima is strong willed but also very simple and humble.

The other day, one of the cat owner whom cat has been rescued recently said for the first time “I hate Tokyo Electronic Company who area making animals suffer like this.” The cats this person got back cry every night out of fear. 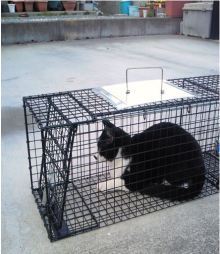 The cats I foster from this ordeal also cry out at night out of fear. Animals heart has been hurting.

Dog food we left to the evacuation area will only last for 10 days. I cannot sleep thinking about what’s going to happen after their food run out.

Numbers of the demonstrators against nuclear power in Kouenji the other day surpassed the number of the evacuees in Futaba county. 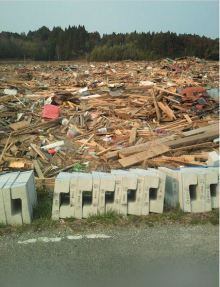 Japanese media will not cover truth.

The message I have posted on Tatami says everything about what the local residents want to say.

That message of voiceless voices from the local residents was displayed on the side of the Root 6 for everybody to see, but all Japanese media ignored them.

Everybody who are involved in the animals rescue, an individual or organization... we are pleading so we can continue to help the animals (domestic or farm animals) with the risk of radiation contamination.

Please help us spread the truth to the world.

People in Japan are trying very hard to ask their government to provide help.

Please join us in raising our voice. 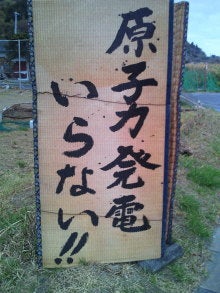 There is much animal doing rescue, and there is it in individuals in the Japanese.

The Mr. and Mrs. Komachi of my friend went for the protection of an animal left for Fukushima from Osaka.
However, I was not able to enter the entrance area within the range of 20 kilos.

The Japanese Government is going to leave irrelevant animals in a lurch.
Please please help animals from the foreign countries with public opinion!
1 | 2 | 3 | 4 | 5 | 最初次のページへ >>