A man in his 80s ssexually aassaulted to a 96-year-old grandmother, even if the his DNA was just right,'no suspicion' why

A warrant review was held for a man in his 50s who had ssexually assaulted a woman in her 80s who had dementia several times.

A woman's allegation was raised that her husband's boss had committed a ssex crime, but an investigative agency had punished No suspicion. 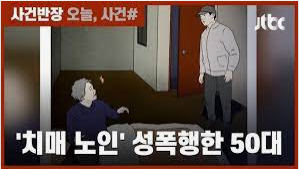 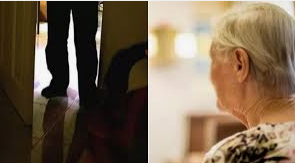 An incident occurred in Paju City, Gyeonggi Province, where a 96-year-old grandmother was ssexually aassaulted by a man in his 80s who was a resident of the town.
However, police handled the case with No suspicion because "Grandma suffered from dementia and the statement was not clear."


On the 1st, YTN reported that a 96-year-old grandmother living in a small brick house in Paju had sex with a man who entered the gate of an open house last March. he  assaulted.

The perpetrator is a man in his 80s who is also a neighbor.

She had dementia, and her grandma always opened the door to her house to welcome her neighbor, and she aimed at this.


At that time, her house had a granddaughter of an old woman.

Her grandmother lives with her second son, her granddaughter.

Her granddaughter witnessed her crime in person and immediately reported it to the police.

The man escaped, but was arrested without going any further, but he denied her allegations that he had "never committed".


However, as a result of the emotions of the National Forensic Service, a male DNA was detected in her grandma's body.

What's more, the man was confirmed to have had his grandma's family vacate her house several times without permission.

Last January, she was chased by her eldest son who stopped by to take care of her grandmother who went into the house and tried to assault her in the cold and ugly.


In an interview with YTN, Grandma's eldest son said, "I was suffering from going up (on top of Grandma) and tightening her neck, what I was doing, stepping on JidanDa (stamp one's feet in frastration)." While pulling down, "he said.

The reason was that the victim's grandmother was unable to make a clear statement and the evidence was inadequate.


An official at the Paju police station is in the position of "The result of the best investigation."


The grandmother's family challenged the judiciary, asking them to re-investigate the man's alleged invasion and assault, and the prosecution ordered the police to conduct a complementary investigation after considering the case.

The case was transferred by the Gyeonggi Northern Police Agency.

The Northern Police Agency of Gyeonggi is looking into the case again by applying additional suspicions such as trespassing.

Comment author winter
If DNA is not evidence?
Did the grandmother accept herself to her grandfather?
I'm really bored
That's why it's time to see and hear the difference
Empathy / 774
Opposite / 02


Commenter Rabbit and Alice
He committed a crime at the scene, but what's this suspicion? // Is the police in a decent mental state? /
Empathy / 589
Opposite / 04


Comment Chaxon Jaminki
Even if you suffer from dementia, there are clear witnesses, but what is unconsulted? The Paju police station should thoroughly investigate and detain the perpetrators without any suspicion.
Empathy / 559
Opposite / 0


Comment Chaxon Japochasion
Her granddaughter witnessed the crime and reported it to the police, but none at all, the police at the time of relocation
The police perpetrator who went crazy without suspicion even though the number of police in South Korea was increased and evidence was given is an old dirty old man
Empathy / 474
Opposition / 03


Comment author jjyjhjy
Police level still ...
Then the murderer wouldn't even be suspicious because the victim was dead and couldn't make a statement from the beginning, right?
Empathy / 305
Opposite / 0


Comment Chaxon Jahepday
What is the police level?
The prosecutors are the same guys ~~
I wonder how much the decision was made even if Granny Centipede was hit ~~ ???
Anyway, why is the world like this ~~ ???
Empathy / 269
Opposite / 07


Comment author MyAngelMyLight
The boy police were too lazy to go roughly, but it took.
Empathy / 259
Opposition / 03


Comment author Boston
That her granddaughter witnessed directly
what do you mean?
Empathy / 217
Opposite / 01 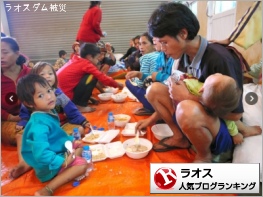