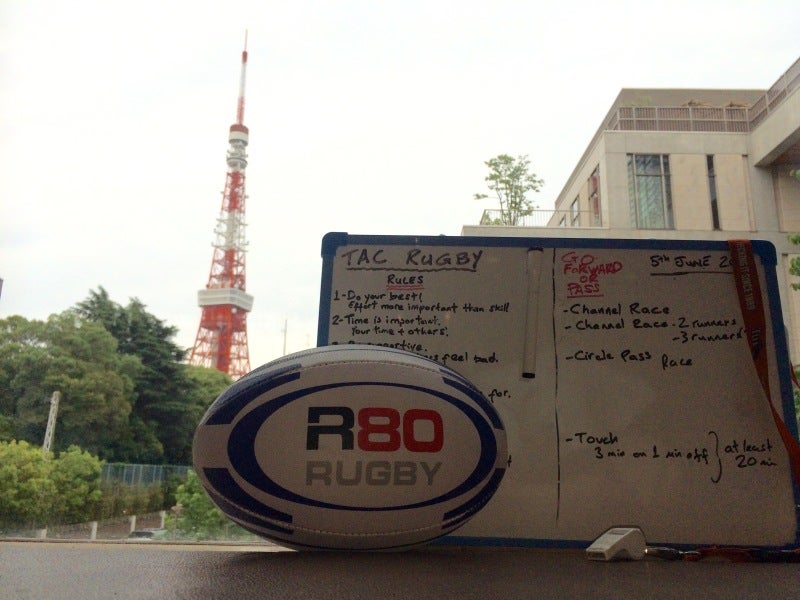 Today was the last class of the first 9 week season of the Tokyo American Club Youth Rugby Program.

I had said to the kids last week that we would try to do some of their favourite things in the last class.

The 'Channel Race' was something they asked to do so we started with some variations of that: 1 runner, 2 runners, 3 runners. Picking up a rolling ball, catching a high(ish) ball.

We did this for the first 20 minutes or so and the kids enjoyed it.

Today we played 'Touch' not 'Tag' because I think most of them prefer it and there are less distractions.

I tried to be a bit more strict about staying within the pitch, forward passes and off-side.

We played games of Touch for around 35 minutes with some short breaks between.

This is a bit too long to continue doing 1 thing really and some of the kids couldn't stay focussed.

It looks as though we will have a 6 or 7 kids join the 5-a-side Tag Rugby tournament on the 19th. This is really exciting as it will be the first ever TAC rugby team and a great way to finish the first season!