Review of Nannies : How I Met Your Mother S08E03 | othzersawgmeのブログ
新型コロナウイルスに関する情報について

Review of Nannies : How I Met Your Mother S08E03

Do you remember when I talked about how the new season of How I Met Your Mother full episodes is starting to pick up pace? Well, this episode totally made me chew my words. 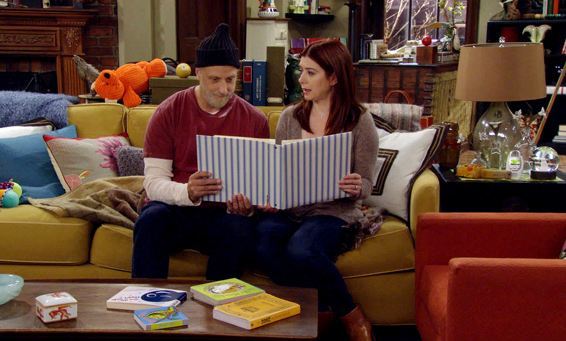 Nannies did nothing to further the plot. Basically, Lily and Marshall is having a hard time finding a nanny to take of Marvin after she gets back to work and after a big search they decided to let Lily's dad be the nanny. In the meantime, after his breakup with Quinn, Barney is having trouble getting his game back in the dating world. Last but not least, Robin and Ted were having a spat over who was having a more serious relationship, only to prove to each other both of their relationships suck. That's it. That's one How I Met Your Mother episode summarized in one paragraph.

When this new season started I was really surprised by its pace and was hoping that it would ride the wave and keep the rhythm going. It is a high possibility this would be the last season of How I Met Your Mother so there was a feeling that the story would be more fast paced and contribute to the main plot more. However, we were all taken for a ride as the show is back to where it was. It was pretty obvious from last week's episode that both Ted and Robin's relationships weren't going to last. And we already saw Barney having troubles going back to the dating world after his last breakup with Nora.

Now that we know we won't get another fast developing story telling from the show, can we request for some worthwhile character development though? People really had a fondness of Victoria. There were people who preferred her to Robin. Ashley Williams the actress that played Victoria was fantastic and we were always hinted that she would make her return to How I met Your Mother. In this episode, her character that was built up across the seasons was ruined. She was reduced to just another clumsy girlfriend of Teds. Great writing writers of HIMYM.

Don't get me started with Nick. How are we supposed to root for this caricature? It is pretty obvious he was in the show just as a filler character. Personally I wish Robin could have a serious and awesome boyfriend before her inevitable marriage to Barney.

If you still can't get the hint, I think the writers are starting to ruin things. We all love this show but the audience is getting tired of the old formula. If this is the final season, we want something different. If the writers need to have a new boyfriend or girlfriend, don't bring back a memorable character like Victoria just to tear her down. This is the final season and we want to have good memories of our favorite characters, even if they are minor ones.