Moving out the apartment during hospitalization | 初めての長期入院生活からの社会復帰

Moving out the apartment during hospitalization

This is special memorable event in my life. That is moving out the apartment during hospitalization. I know no one could imagine it.

First of all, I found a real estate agent who communicates well and found a good apartment on the web. It was so difficult to find a good apartment while I was hospitalized. The agent often sent information about vacancies including photos and the price of one month’s rent in my preferred locations.

When I read about vacancies that I liked, I asked the agent to see it. Then I would prepare some documents for screening process by the guarantee company and the owner.

However, I could NOT get through the screening process for more than one month. During the period, I have checked the vacancy information on the web ( e.g., suumo, homes, athome and so on), then I asked about the vacancy that I found on the web with the real estate agent.

After I had gotten through the screening process, I arranged the date for finalizing the apartment rental with the agent and meeting with some moving companies for getting estimates. You should get some estimate to know estimated prices for moving.

If you decide on a moving company, you will arrange the date for moving and packing some include the supply of cartons to save time.

I don’t have any time for packing anything before moving. You may know, because I was hospitalized when I have moved.

In several days, it will be moving day to the new apartment.

I got up in the early morning from the hospital. But one of the moving company’s staff had already arrived to my current apartment before I arrived. 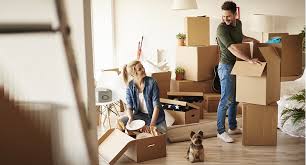 I had estimated the packing within 3 hours by the moving company’s staff. Unexpectedly, it took less than 2 hours. It was so great.

After that, they moved the things to my new apartment to drop off them. It was so easy for them. Because I did NOT ask to unpack any. However, I have asked to place the bed and some chests.

Then I returned to the hospital immediately.