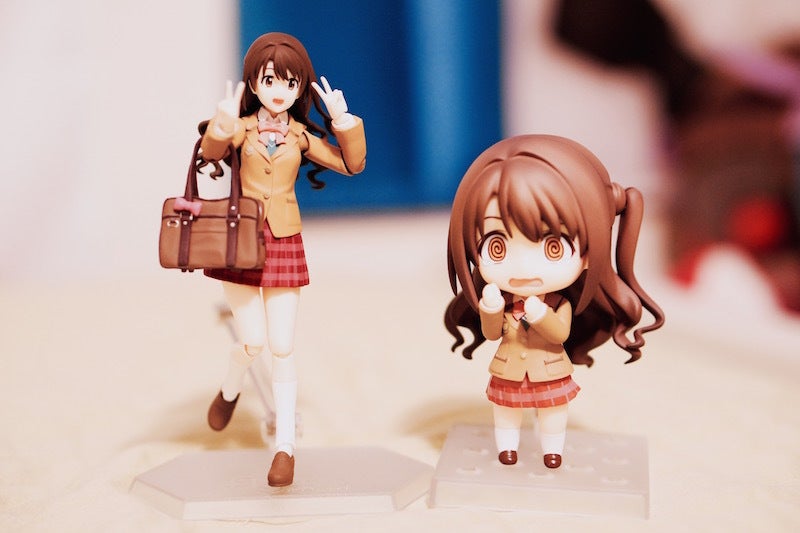 Today my Figma and Nendoroid version of Shimamura Uzuki arrived.
They are both wonderful additions to my now overflowing collection. I don't often pick up Figmas lately, as I have been trying to focus more on scale figures, but I can't refuse it when it's as adorable as Shimamu.

It just so happens that my first two figures, about eight or nine years ago, were Figma. Since that time, Figmas have really changed. Their boxes have a new, sleeker look and their hands are attached differently now.

One thing that hasn't changed about Figma though is how high quality the figures are despite being so small. This is also true for Nendoroid. I've never had one of these figures that I was ever disappointed in.

These two are a big win for sure. Everything about them just screams